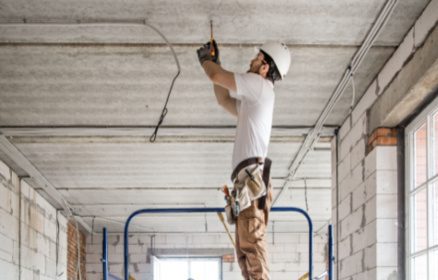 To have a rock-solid insurance program, there are inherent deficiencies within Commercial General Liability policies that should be accounted for. Otherwise, your business could be at great risk.

Supplemental policies are needed to fill the voids for these exclusions, including Cyber, Pollution and Professional Liability policies. For Employment Practices Liability and Electronic Data Liability coverage, most standard market carriers can add extra coverage by endorsement.

Often, we will ask business owners why they bought a Pollution policy. Their answer is simply, “Because a General Contractor required it for a job.” This may be the case, but it is important to understand some claim scenarios to explain why Pollution policies can save a company from some severe financial hardship.

Pollution / Mold:  A mechanical contractor is brought in to fix a broken boiler in an upscale home. The boiler is repaired and the work is completed without any issues until they are notified about mold in the property and accused that their work caused water & mold damage.

In another part of the home where the boiler lines run, there are some cracked lines and seepage behind the walls and under the floors of the home. Extensive mold growth is found, and the mechanical contractor responds that their work was contained to a different part of the home and that they were not at fault. Their customer then files a lawsuit for the mechanical contractor to fix the damages.

After the contractor files a claim, the standard CGL policy carrier denies the claim due to the virus, bacteria and fungi exclusion on the policy. The cost to remediate the home was over $100,000, and the claim stayed open for over five years because the homeowner claims adverse health effects due to inhaling mold. Most likely, the contractor was not at fault but had to pay the bill to fix the home and legal fees to defend themselves against the bodily injury claim.

Had there been a Pollution policy in effect, there would have been coverage to investigate how long the mold problem had been in the home and potentially released them from liability because what they were called in to do had no effect on what caused the mold issue.

A contractor’s new employee complained that the use of harsh language and yelling on job sites hurt his feelings. The employee bought the issue to the owner’s attention and they discussed how to handle the situation proactively. The next week the employee quits and receives a lawsuit for harassment.

Unbeknownst to the owner, their policy had $100,000 of coverage for EPLI and the claim was filed and settled for about $60,000 after the owner had to pay a 10,000 deductible. In conclusion, it was found that the employee had filed two other EPLI lawsuits against past employers.

An electrical contractor worked on a historic building renovation and drilled through the roof to install a new electrical conduit. It was discovered that the drilling released asbestos into the large building, spreading the fibers throughout the entire HVAC system.

Cleaning up all the asbestos in the building totaled over $250,000. Luckily, the contractor had a pollution policy that covered asbestos in effect.

Cyber claims are the number one claim going through most agencies today. Most often, contractors are paying “bills” that were sent to them looking like they were from a vendor or another contractor. We’ve seen numerous instances where cyber attacks can fool a contractor into paying bills that range from $10,000 to over $100,000. If they have a true Cyber Policy in effect, they could recover most of those costs.

Also, we are seeing hackers attack scheduling/project management software and hold any of their customers’ records hostage for payment. Good Cyber policies respond with experts who investigate the damages and help customers handle the issues with the hackers.

In conclusion, there are numerous holes in a standard CGL policy (and thousands of claim examples) that a contractor should be aware of and find a way to fill. A good construction-focused agent will be able to explain the risks and provide coverage options to best fill these gaps.

Sam Veith is a Sales Executive for Horton’s Construction Practice within its Risk Advisory Solutions Division. In this role, Sam is responsible for providing Horton clients with comprehensive, cost-effective and innovative solutions to meet their most complex, risk-related challenges and opportunities.