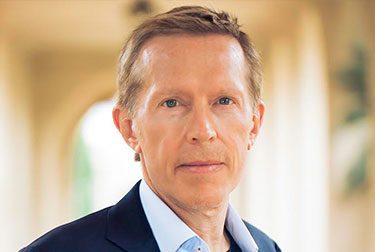 In 1997, Demographers Neil Howe and William Strauss wrote the book The Fourth Turning, which predicted America would enter a generation-long era of fundamental civic and economic transformation starting around 2010 and that the 2020s would be a decade of crisis and climax. Now that we’re in the 2020s, there are questions that need to be answered.

A: Unravelings, or Third Turnings, are the autumn season. Private markets are in full gear. In everyone’s personal life, Third Turnings may indeed be good times for savings and accumulation. (Think of the mid-1980s to the mid-2000s: a golden age for investors.) But in public or civic life, they are a season of harvesting, not planting. We run up deficits, let our infrastructure decay, and seem to give no thought at all about passing on community or national institutions that work for future generations. That is why the dissolution of civic life during a Third Turning “sets up” the ensuing Fourth Turning.

Q: National Mobilization: How does this affect nationalization?

Q: Will we see a hyper or stag inflation event?

A: Accelerating inflation in the midst of zero or negative real growth? Yes, eventually. It’s not a near-term danger, but I do see it as a very real medium- to long-term possibility. (btw note: I never saw it as a possibility after the GFC.) This time, though, it’s different. We seem to be removing all barriers to fiscal and monetary largesse. MMT (modern monetary theory) is becoming de facto the new orthodoxy. At zero interest rates, the thinking now goes, we’d be stupid not to print money. It’s not a certainty. Political gridlock–as we saw recently with Congress’ inability to extend stimulus–may short circuit expansionary policy. And this, in turn, may still push near-term into a more traditional deflationary contraction. But longer-term, I think rising inflation is very likely. Most importantly, inflation solves the whole problem of who bears the burden of all our accumulated deficits and the cost of any new civic agenda. By punishing those owning assets with fixed nominal returns, it takes from creditors, the wealthy, and the old—groups that largely overlap—and gives to debtors, the middle class (such as it is), and the young.