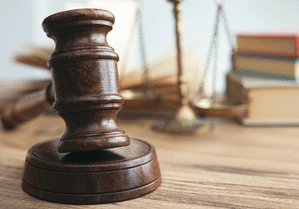 A federal district court in Texas has ruled that businesses with religious owners may be exempt from federal prohibitions against employment discrimination based on gender identity or sexual orientation.

History on Sex Discrimination and Religion

On October 30th, 2021 ruled its decision, the Northern District Court of Texas noted that the U.S. Supreme Court recently ruled in Bostock v. Clayton County that unlawful sex-based discrimination under Title VII of the federal Civil Rights Act (Title VII) includes discrimination based on sexual orientation or gender identity. The district court also noted that certain religious employers, such as churches, are generally exempt from Title VII in its entirety when they employ individuals based on religious observance, practice or belief.

Decision on Businesses with Religious Owners

The district court held that nonchurch businesses owned by individuals who object to Title VII compliance on religious grounds may be exempt from certain portions of Title VII under the First Amendment to the United States Constitution. Specifically, the district court held that these so-called “religious business-type employers” may have workplace policies consistent with their religious beliefs regarding sexual conduct, dress codes and restrooms.

The Equal Employment Opportunity Commission (EEOC), which enforces Title VII, is likely to appeal the district court’s decision. In addition, the decision only applies within the court’s limited jurisdiction in Texas. Therefore, most employers that are subject to Title VII should monitor the case for ongoing litigation. In the meantime, these employers should continue following the EEOC’s enforcement guidance on sexual orientation and gender identity.